A battle over Australia’s passengers

PERTH July 2017 – Australians still prefer their local Taxis over new ride-sharing services such as Uber. Perth Now tells of a research by Roy Morgan who found out that even though some cities are leaning towards this new kind of transportation, people still prefer their local cabs due to a lot of advantages Taxis offer. For unlike Uber who operate under no formal law from the government, local cabs in Western Australia are guided by the 1995 Taxi Regulation which promotes safety and comfort for all parties. 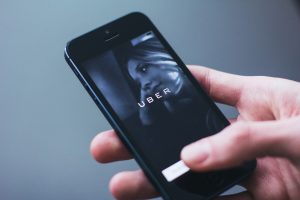 Uber first launched its ride-sharing services to Australia in November 2012. This launch in Sydney was immediately followed by another one in January 2013 in Melbourne. But, over the years, some drivers illegally operated in other cities in Australia which the government took notice of. In September 2015, as UberX announced its 10% increase in booking fares, the Australian Taxation Office along with the Taxi Drivers Association filed a case against Uber for its illegal operation. This case was eventually dropped in July 2015, but the government warned Uber of the necessary actions they will take if the ride-sharing service continues to illegally operate without the proper regulation. This includes having the proper accreditation for their vehicles and their drivers, as well as abiding by correct taxation policies enforced by the government.

Come late 2015, Uber was already trying to enter Western Australia, but due to the cases filed against them in Sydney, it took them a long time to be recognised. While Uber has been regularized, a lot of sanctions have been imposed on them by the government. Changes and reforms to the current taxi system were then made in favour of the local cabs especially since they regulate under certain laws made by the government. 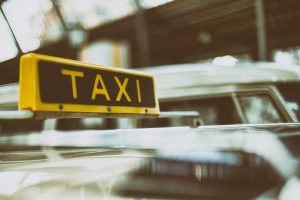 All Taxi drivers need to be licensed by the Department of Transport in accordance with the type of vehicle used, the operator and the owner. According to Regulation 13B in the 1995 Taxi Regulation, Taxi cabs are required to have camera surveillance units–installed by approved persons of the Director General, in approved places—with proper certification given under Regulation 13G(2). Regulation 15 tells of how taxi drivers should have an identification card displayed in a manner accessible to the passenger at all times. Regulation 16 then declares that drivers should comply with all request of the passenger with regards their comfort so long as it wouldn’t endanger the operation of the vehicle.

Aside from the rules and requirements stipulated in the 1995 Taxi Regulation, Taxi drivers must also abide by the code of conduct stipulated by the Department of Transport. This includes the responsibilities of the vehicle owner, the taxi driver and the operator. It also cites the rules and regulations when it comes to fatigue management, vehicle maintenance and bookkeeping.

According to Regulation 14 in the Taxi Regulation 1995, guide dogs should be transported along with passengers who are visually impaired.

In 2016, Uber was charged with discrimination against a blind customer after refusing Graeme Innes and his guide dog a ride by an Uber driver. Unfortunately for the driver—who insisted he had a brand new car worth $90,000 and therefore no pets allowed, Graeme Innes was Australia’s former commissioner for disability discrimination. Innes, therefore, filed two complaints against the driver under the Disability Discrimination Act (DDA) to the Human Rights Commission. Uber has then apologised for the behaviour of their driver and said that they had taken measures to discipline him. They’ve also declared their actions towards working with their drivers on how to go about processes for people with disability.

This case is only one among many cases filed against UBER since they’ve come to Australia. But the biggest issue the company faces are penalties with regards to ensuring the proper necessities when operating under a ride-sharing service.

WAtoday.com.au shares how Radio6PR reports Uber for not insisting their drivers to have the complete paperwork before operating in the country. According to Iain Cameron of the Department of Transport, many among the 3000 Uber drivers currently running in Perth do not have the right third-party vehicle licence and insurance, therefore endangering their lives and the lives of their passengers if caught in an accident.

Uber WA general manager Tom White then said that they do not require their drivers to acquire third party insurance and license since most of their drivers only operate less than 10 hours per week, thus making the additional insurance and license fees—which is about $750 a year—a burden to them. Unlike local taxis, Uber’s requirements for driving with them in Perth only include vehicle specifications and insurance depending on commercial coverage.

Advantages of using Taxi over Uber 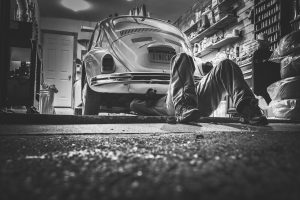 To be a taxi driver in Perth, you first need to pass certain examinations to be licensed and given insurance. The 1995 Taxi Regulation states all the requirements needed to ensure the safe operation of Taxis in Perth. Aside from being a licensed driver and having the proper security system installed in your vehicle and approved by the Director of Transport, all taxi vehicles are also checked and tuned every year. 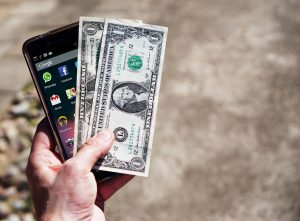 Pay through cash or card

Since Taxis are meter-based and the fare depends on the distance covered, it is less expensive than using ride-sharing services. Uber users experience surge in prices, especially during peak hours as more and more people, try to book. Along with this, The West Australia just recently reported that Uber increased its minimum booking fee from $5 to $7 in Perth and Adelaide, $7.50 in Melbourne and Brisbane and $9 in Sydney. 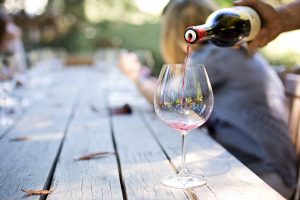 We offer private tours in Perth

Taxi Drivers in Perth are mostly residents who know the ins and outs of the city. Unlike Uber drivers who are either hired or are the vehicle owner themselves, Taxi cab drivers have more experience especially when it comes to dealing with passengers. Aside from this, Taxis offer additional services unlike what other ride-sharing services can provide. Since UBER cars are technically owned by private individuals who sometimes are even the ones who drive, they can’t extend the same amount of service as Taxis provide. Due to time constraints and availability of space, most UBER vehicles cannot provide the same variety of service as taxis provide.

We provide airport pickup and transfer with the additional service of meeting you at your arrival gate with a name card for us to welcome you.  This also includes excess luggage transfers and cruise ship transfers to and from your location. We also provide guest pick up and transfer for business meetings, wedding parties and other events.

And just recently, we launched our newest service to showcase the beauty of Perth. MaxiPortBees offer an exclusive tour of the city from a local’s perspective. Join us on tour of the Swan Valley and experience the rich taste of our local products from the breweries and wineries that we shall visit. But if you want to experience more of Perth, you can customize your own tour within our package. Just call Kapil at +61 411 342 900 to discuss your options and book your tour.